In the Part 1, I wrote about the History of the Hung Kyun Style, which was the original style of the Deng Family Kung Fu. My Si Gong (Teacher’s Father) majored in the Hap Kyun Style (Often written ‘Hop Gar’ in some of the English speaking translations, it is the same style, but Hap Kyun is the more standard romanisation.) As I explained, the style suited him and he learned it at the suggestion of his Sifu (and father) after learning the Hung Kyun Style. His own son, my Sifu, actually started with Hap Kyun, but trained both systems.

So- this second part will be about the History of Hap Kyun, including its mythological origins, to the documented History from Wong Yan Lum, and the Deng Family lineage. 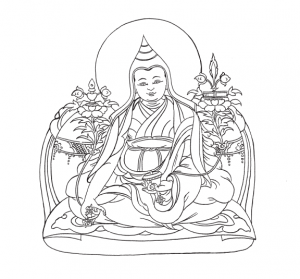 According to legend, there was a Monk known as A-Da-To ((阿達陀), who was born in the 15th Century. He was Chinese, but travelled around Tibet and Qinghai (A region in West China) and learned martial arts and Buddhism. Later in life he retreated into the mountains to meditate, read scriptures, and improve his kung fu.

One time his meditation was disturbed by the noise of a fight: A large ape was attempting to steal the eggs from the nest of a Crane. The mother crane, though physically smaller, was able to effectively fight the ape. Her strategy was to keep the ape at a distance, evade and strike at vulnerable points with her beak. Eventually, the ape lost an eye and ran off screaming, leaving the crane to her nest.

This inspired Adato to create a system of martial arts based on both the stepping and precision of the crane, with the long arm movements of the ape. The number 8 was considered an important number in Buddhist cosmology, so Adato grouped the techniques into 8- i.e. 8 steps, 8 stances, 8 kicks, 8 punches etc. He also wrote 8 characters that sum up the style. It roughly translates as: “Strike at the vital points and only those. Keep the arms extended and the body away.”

The original name for the system was ‘The Lion’s Roar’. (獅子吼). This confuses people because the Kung Fu has nothing to do with lions! Actually it refers to a story of the Buddha from a famous sutra. According to the story, when the Buddha was born, he stood up and took four steps. Pointing one hand to heaven and one to earth, he roared like a lion and proclaimed that he alone was the enlightened one.

So- this was a pretty arrogant assertion that this style of Kung Fu had arrived, and it was supreme!

Later, the art was known as ‘Lama’ Kung Fu (喇嘛) because of it’s Tibetan origins, and this was considered a less contentious name.

The style spread across the North of China, incorporating and refining, passing through 11 generations, until it was learned by Sing Long Jeung- the first name on my Family Tree. 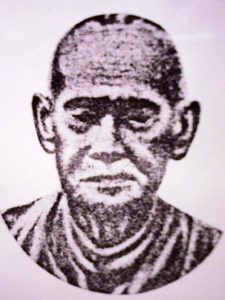 He was a travelling kung fu fighter, who travelled from the Omei mountain area, down to the Pearl river where according to legend, he fought and defeated a famous Pirate (Cheung Po Jai) who ran a large personal army and navy. Politically, the two men were aligned, as they were both against the ruling Qing emperor. After the defeat, he accepted Cheung as a student. Later, when Cheung switched allegiance to the Qing emperor, Sing Long grew disillusioned and left to join the ‘Heng Wan’ Monastery in the Ding Wu mountains. (Source: Authentic Lama Pai Kung Fu by David A. Ross)

After he joined the Monastery, he continued teaching Kung Fu to Monks and Lay people.

He had a number of famous students, the most famous being ‘Wong Yan Lum’ 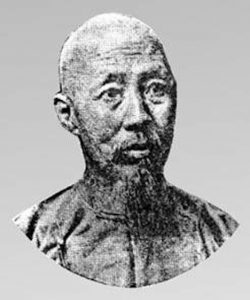 The story goes that Sing Long had a fight with a martial artist known as Wong Ping, nicknamed ‘Bronze Foot’. He liked to show off his kung fu in public. Sing long made some comments about his performance, offence was taken, and a fight ensued. Sing Long broke Wong Ping’s knee with a kick. Using Tibetan medical techniques that he had studied, he healed the injury. After this, they became friends, and Wong Ping asked Sing Long to teach his son, Wong Yan Lum.

Wong Yan Lum learned at the monastery for ten years as a lay student. He studied both Medicine and Martial arts, including the very highest levels of the Tibetan Lama system.

After his teacher died, he worked as an armed escort- a common profession for martial arts masters at that time. He met and exchanged techniques with a great many masters, and was renowned for his valiant behaviour and good deeds. This earned him the nickname ‘Dai Hap’ (大俠) which means ‘Big Hero’.

After many years of wandering, fighting and doing good deeds, he wanted to come home to Canton. He decided to open up a school. In those days, the tradition was that if you wanted to open a school, you had to fight all of the other kung fu masters to prove your skill.

He erected a ‘Lei Tai’ which is a raised platform to have challenge matches. The fights were brutal as there was not a rule system. Fighters had to sign a ‘death waiver’ so there were no legal repercussions. You would win the fight by staying on the platform and knocking the opponent off. This could be a simple push, or punches, kicks or wresting moves. Serious injury was common. 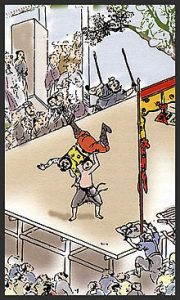 Some traditions say he had 150 matches over the course of 18 days. I am not sure of exact numbers, but my Sifu told me that there was certainly a large number of challenges, and he was undefeated.

He took the Number one seat of the ‘Ten Tigers of Canton’, and influenced all of the kung fu in Canton at that time. (See Part 1)

He taught a number of famous students and some called the style ‘Hap Ga’ which means ‘Hero Family’ in his honour. Other of his disciples used the names ‘Lama Pai’ and ‘White Crane Style’. Some lineages claim the White Crane style comes from another of Sing Long’s students. For reasons of business and politics, this stuff is taken very seriously in kung fu circles, as Chinese students will always endeavour to learn from the ‘authentic lineage’. What I do I know is that he had a disciple called ‘Wong Lun’ who called his style ‘Hap Ga’.

Unfortunately, we do not have a photo of Wong Lun. I have seen one in China, but it’s authenticity is doubtful. He was also known as ‘Wong Geng Choh’.

I do know that Wong Lun was born into a Kung Fu family. He learned Hung Kyun from his father, then from a student of ‘Tit Kyu Saam’ (Iron Bridge Three- a very famous master.) After 11 years of training, he started to learn from Wong Yan Lum, becoming a disciple.

He was a contemporary of Deng Long (My teachers grandfather) and as discussed in Part 1, they exchanged techniques. Deng Long taught Wong Lun’s students his famous pole technique, and Wong Lun taught Deng Long’s son the ‘Hap Gar ‘style. 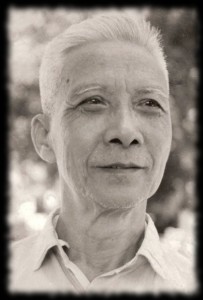 My Sigung will have an entire post written about him, as he was a very significant figure- carrying Kung Fu from the time when it was used in warfare and challenges, to the time it was a sport, a health art and a form of physical education. He lived through a politically difficult time in China, and still, incredibly, managed to keep his school and teach Traditional Chinese Martial Arts for years when it was officially banned and many schools were closed by the government (from the 50’s to the 70’s) . He did this because he was a well respected and diplomatic figure who loved to teach martial arts to kids and Tai Chi to old people. But make no mistake: When the doors were closed, the protective equipment would come out, and sparring/fighting was the norm in his school. Later, the rules were relaxed, and traditional martial arts could be taught openly again.

After learning Hung Kyun From his father and Hap Kyun from Wong Lun, he continued to study and cross train with a great many masters, including Yang style Tai Chi, which will be the subject of Part 3.

He was a national level judge, went to Beijing to lecture on the Southern Styles, vice chairman of the Canton Martial Arts Association, and he taught a great many Champions during his decades of professional teaching.