About the Hap Gar Tradition 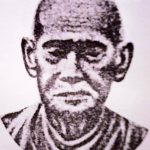 Was a Tibetan monk who was sent to the “Heng Wan” monastery in Guandong province.

Here he taught the monks his Tibetan martial arts (Referred to as Lama style) in exchange for Southern Shaolin martial arts. This was approximately 1860. 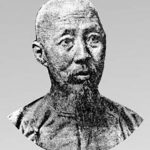 Was a lay disciple of Sing Long. He studied with Sing Long for ten years until his teacher’s death. After this he traveled round China doing good deeds and exchanging Kung Fu with many great masters.  He earned the nickname ‘Dai Hap’ meaning hero.

He returned to Canton and wanted to open a school. As was the custom then, he erected a ‘lei tai’ (a raised stage used for public challenges) and fought 150 ‘no rules’ matches and was undefeated. This earned him the reputation as the best fighter in Canton and he took the number one seat in the ‘Ten Tigers of Canton’. They were a group of Kung Fu masters dedicated to keeping the peace and doing good deeds.

Studied Hung Kune with his father for 5 years and then followed a student of Dit Kiu Sam for a further 6 years.  He met Wong Yan Lum then and became his disciple.

He sent two of his students to Deng Long to learn his Hung Gar stick (Man Gam and Jau Hap Sang), and in return Deng Long sent his son, Deng Gum To to learn Hap Gar.

Was a famous master of the ‘Hung Kune’ style and in Canton was known as the ‘Stick king’ because of his unbeatable stick technique. He was very impressed with the ‘Hap Kune’ style, and was a colleague of Wong Geng Choh (a.k.a. Wong Lun) who was a disciple of Wong Yan Lum.  The two masters exchanged techniques and taught Deng Long’s son Deng Gum To who excelled in both styles and taught Kung Fu in Canton for many years.

Learned Hung Gar from his father and Hap Gar from Wong Lun. Later he studied Taiji with Yang Sau Cheung and was one of just two masters from Canton picked to go to Beijing to learn the modern Taiji forms from Li Tianje when they were first developed.

He was the Kung Fu instructor to the Guandong provincial team, 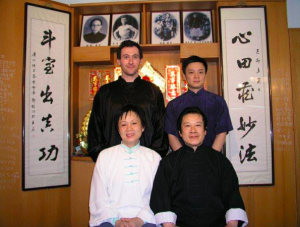 David Rogers with his Sifu, Deng Jan Gong, His Si-Mo and Sifu’s Son.

Started training Hap Gar and Hung Gar from his father at three years of age.

He is the 5th generation of Kung Fu masters in his family.

He competed from 1957 to 1979 in Canton and Guandong province, winning many first place trophies in:

In 1963 he was all round champion of Guandong province with gold medals in Northern, Southern and Weapons categories.

In 1964 in Sandong National championships he gained first place for Hap Gar fist, sword and spear.

He has been invited to Beijing 3 times to lecture on the Hap Gar style.

He was honoured by the Chinese government as a first class teacher and given a certificate and medal in 1983.

He is the head judge in Canton, and has judged at the International Championships’ in Hong Kong,

He ran the ‘ South China School of Martial Arts’ in Canton from 1979 to 2006, and has trained champions in forms and full contact fighting.