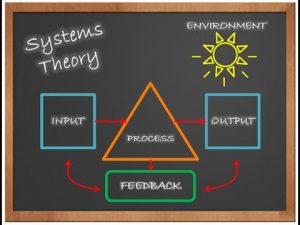 Within a specific combat sport there will be an optimum ‘delivery system’ and also an optimum style of applying it for each individual. The ‘delivery system’ evolves from the rules of the sport and the environment, whereas the style evolves from the individual’s strengths, weaknesses and tactics. For example- the ‘BJJ-Meta’ involves, guard passing, taking the back, hooks etc. to score points. This was encoded into the sport based on what had been shown to work in a ‘real fight’.

When early MMA started, the ‘Bjj-Meta’ proved to be very effective in the cage. But MMA evolves. The encoding of a conceptual framework into a sport is ALWAYS dependant on the rules. The rules are based on assumptions. The assumption in BJJ is that the opponent’s submission defence and ground striking will not be a match for somebody that has positional and submission skills.  It was developed at a time when ground striking and sub defences were very unsophisticated, and a good idea was to tie up the opponent and attempt to finish with a submission. A very different approach is to always look for strikes, and to ‘take’ a submission if the opportunity arises. The would have resulted in a very different sport, and perhaps, one that is not so entertaining or fun to compete in. However, if you are interested in ‘what is true’ rather than to indulge in wishful thinking, it is absolutely necessary to allow the system to evolve naturally- with only minimal rules necessary to prevent serious injury, rather than create rules to encourage the sport to develop in a particular direction. (This happened with Judo recently)

Attempting to adjust the rules to develop the kind of combat you want to see is a motivation of a ‘sport purist’- not the motivation of somebody who truly wants to ‘see what works’.

So my objection is a fundamental one: The excellent video above asks about ‘Folkstyle in MMA’- the problem IMHO is that people are left with an idea that ‘Oh, I should use ‘Folkstyle’ as a base for MMA rather than BJJ.’ It is not Folkstyle per se., rather it is the methods and techniques that evolved from the sport of Folkstyle that should be emulated (or stolen!) and used in MMA, rather than the sport or ’style’ itself. This is an important distinction.

Many times, designers have gotten inspiration from the animal kingdom. 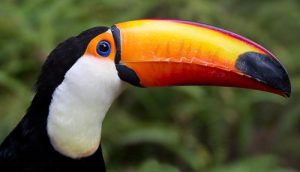 For example: Engineers copied the structure of the Toucan’s bill to design strong, yet lightweight panels for cars. Nature had already come up with a design- so scientists did not need to ‘reinvent the wheel’. This is intelligent. However, nobody suggests that anybody who wants to design car panels should do zoology for 3 years first!!

When looking for methods to use submissions- it makes sense to look at BJJ, when looking for methods to perform ‘rides’- it makes sense to look at freestyle wrestling. In my opinion, there is no sense in learning and competing in a completely different combat sport, if the goal is to be effective in MMA. Eventually, the methods that work best from these combat sports will be incorporated into MMA (as we see in the video, it is a continuing evolution)- but the advantage will be to the one who has learned it within the SYSTEM of MMA.

Damien Maia can use more of a BJJ approach than Ben Askren due to his submission and stabilising skills. This is because he comes from a different combat sport that developed the attributes to a degree that would not have occurred from ‘pure’ MMA. The question is- how would those skills stack up against AN EQUALLY SKILLED FIGHTER who used the approach of ‘ride and strike’ in an MMA match? My money is on the latter, but we must see where it goes, and let the evolution occur.

If you are interested in ‘Systems theory’: This video I first saw on Steve Morris’s page, and it is a video I have since watched many times. I think the idea is absolutely fundamental to the sport of MMA, or even just to those who are training for functional ‘self defence’ skills. When you understand the concept, you will see why I changed my approach to training and coaching martial arts.