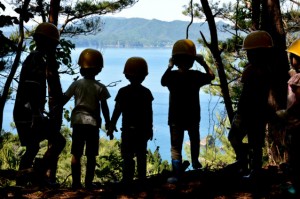 I have been thinking recently about our ‘primate brains’ trying to run the piece of software known as ‘21st Century Culture’.
Now, this software keeps getting better: Scientific knowledge brings advances in communication, medicine, transport, plus the moral understanding of human rights, rights of individuals regardless of race, gender, sexuality etc. These are all worthy ‘updates’ to the software.

The thing is, however, we are running this ‘ios 10’ software on an ‘iphone 1’ hardware! We cannot change our fundamental nature: we have a barely evolved primate brain. That does not mean that we should not continue trying to grow, learn and improve; but I feel that understanding the fact that our brains and DNA are ‘hard wired’ to various cognitive biases and instinctive responses/behaviours can give us a much more compassionate outlook on other people and ourselves. 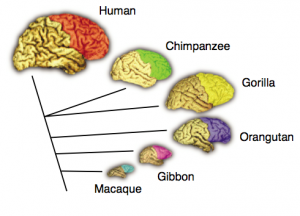 Much of my own feeling of unhappiness and of others, comes from the feeling that we ‘ought to’ be able to do better, or others ought to behave better. We know better- we are better than this- so why do we still feel like this?
Ironically, the ‘self improvement’ movement seems to make it even worse, and social media means that we compare our own inner world, with the carefully considered and edited highlights of somebody else’s and feel unworthy.

An example of this is the very large number people who post about how they ‘prefer animals to humans’- when an animal expresses aggression, it is understood as being ‘his nature’- when a human does it it is judged as contemptible. Another example today showed that men are attracted to high heels. This is a fact, established by various experiments that were explained on the post. The thing is that men feel guilty for it, women admonish men and explain that they are uncomfortable and bad for the feet etc. And we all feel somehow depressed by it.

Yet, if a study showed that ‘female peacocks are attracted to long, bright feathers’ it is just the same behaviour, same explanation, equally absurd from a ‘rational’ point of view. Yet, somehow, we don’t ‘blame’ them for it. 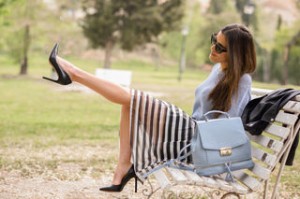 I think that we expect that, as creatures who are self aware and capable of rational thought, we ought to be ‘above’ such behaviour. But this is unrealistic.
It is also dangerous: The ideology seen in the extreme of the political ‘left wing’ in America has become so unrealistic in how it expects people to just completely rise above our feelings and baser instincts (like prejudice and tribalism) that are essentially ‘hard wired’. By trying to ‘protect’ students from alternative opinions by stifling free speech and desperately trying not to ‘trigger’ people, it has led to a swing to the far right and equally morally indefensible stance of hatred and intolerance. The success of President Trump is a direct result of this.

In Chinese philosophy: Extreme yin will always turn into yang, and vice versa.
The necessity of a sensible ‘middle ground’ is real and urgent.

The two extremes I see all the time: One is the ‘ultra rational’ who, in order to show his/her intelligence, has disassociated with their body, and is so lost in thought that they are not even aware of it. The other extreme is the ‘ultra spiritual’ who has given up their critical thinking and lives in a fantasy or delusion and who is lost in this, also unaware of their physical body, in favour of an imaginary one. 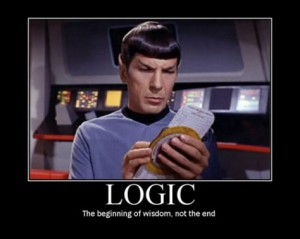 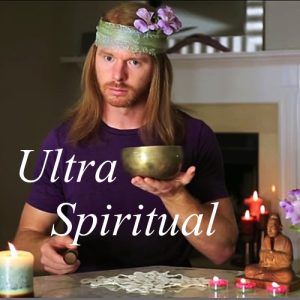 So I have been pondering- how to be ‘spiritual’ without giving up rationality? How to hold yourself morally accountable without demanding unrealistic behaviour from yourself and others? How to feel connected to the world, yet still endeavour to improve it?

I think the fundamental problem is that we feel ‘disconnected’ from the world. Ironically, the people who talk endlessly of ‘environmentalism’ and ‘spirituality’ are often the MOST disconnected. You can see that by the tone of hatred when they speak about other people, and the tendency to project the problem onto conspiracies, big pharma, world government etc.

If you are truly connected, you will see that it is all of us, all of our natures. We evolved from the world the same as all of the other animals and if our greed and intelligence have caused havoc, that is still a ‘natural’ product of the evolution of our brains. We are not separate, nor victims. If you project the problem onto the outside, it means that you have not accepted yourself- since you are not separate from this.

We can be better, sure, but we need to cut ourselves some slack. Science itself can be unbiased and objective – but SCIENTISTS are humans, primates and therefore biased. This is unavoidable and we should make no apologies for it. We should, rather, enjoy it! It’s good to be alive, good to be human!

We need to make allowances for our true nature,rather than suppressing it or denying it, and, in our more introspective and enlightened moments, we need to put some kind of safety brakes for our own good, and the good of the community as a whole. That is what laws and moral guidelines are for.

But we should not kid ourselves that we ‘ought not to be’ like this, nor indeed that it is even possible to be otherwise! Rather, we are all humans and doing the best we can with what resources we have.

Meditation is a tool to see what is really there, without being lost in thought, or fantasy. If you are ‘thinking about concentrating’ you are missing it. If you are getting lost in daydreams, fantasies and visions, you are also missing it. The thing I am talking about is very simple: observation without judgement. Simple, but not easy! That’s fine though, don’t judge that, either. Just practise with a natural attitude. There is nothing to ‘achieve’ here. Until you can see clearly who you are you will not be able to express yourself-you will be lost in thought, either rational or irrational. 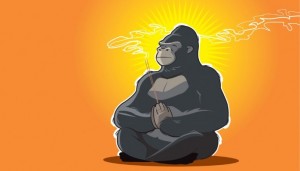 By expressing ourselves truly, and without apologies, we will naturally be more happy, and also find the place where we can be the most productive, and therefore most help to others. We will become less ‘fragile’ because we are not operating from an ego shell constructed because we do not trust our own nature. We will experience all the joys and heartache that go with just being human- nothing more, nothing less.

Have a great day, everyone!